How to Fix Your Water-Damaged Phone

Fun fact! Pure, distilled water does not conduct electricity. What actually makes water conductive is the addition of minerals and other impurities.

Less fun fact…you probably will never drop your phone in completely pure, distilled water. Unfortunately, even if you did, there would still be other negative consequences that have nothing to do with electricity flowing where it shouldn’t.

No, the water you will most likely drop your phone into will be far worse. Whether you can fix water-damaged phones or not depends on your actions immediately following this calamity.

What Happens When Your Phone Falls in Water?

Once you’ve dropped it in water, water will often get into the charging port, headphone jack, cracks in the screen, around switches, and in between seams in the case. Then, the water will get into the sensitive circuits and electricity will flow across these connections, causing shorts.

But electricity causing shorts is just the beginning. Remember those other negative consequences mentioned earlier? Liquid droplets can remain under the screen, water in the camera lens can make for blurry photos, speakers will get waterlogged and become muffled, and charging ports can become non-functional.

Over time, the water can lead to rusting of internal parts. Resisters, capacitors, and other parts can break, causing the phone to become unusable. Oh, and if you dropped your phone in salt water, like at the ocean, things could be even worse.

You might be thinking, “Wait a second. I bought a water-resistant phone! I won’t have to fix water-damaged phones if my phones can’t be impacted by water!”

Water-resistant phones do offer some protection, but they can’t defend against moisture forever. Submerging the phone in liquid or letting it sit in wet conditions for long periods of time will defeat the phone’s water resistance. You get a little extra protection, but you still need to be careful.

There’s no such thing as a fully waterproof phone. Just like there’s no bulletproof vest that will stop all bullets, a “waterproof” phone can’t stop all moisture. Charge ports, seams in the case, and buttons will all eventually allow water in.

How to Fix a Water Damaged Phone

Time is of the essence. If you want to fix your water-damaged phone, act fast! These steps assume you’ve removed the phone from the liquid, by the way. That will probably be your first instinct as you may suspect that keeping the phone in the aquarium or swimming pool you dropped it in will damage it further!

Once you’ve rescued your phone, you need to follow these steps:

You might think that the next step is placing it in rice, right? Well, rice doesn’t work that well. The better option is silica gel packets in a plastic bag. Put your phone in the bag with the packets and leave your phone sealed for 48 hours.

Once you’ve gone through all these steps and put the battery and SIM card back in, you can try to turn your phone on. If it won’t turn on, it may need to be charged first.

If your phone can be saved, these steps will give you the best chance to fix water-damaged phones.

Now, if you’ve gone through all these steps and your phone still isn’t functioning, you may need more drastic measures.

Getting your phone repaired professionally or replaced under warranty may be your best option at this point. Phone protection plans also offer peace of mind in case of this kind of damage.

You might be highly mechanically inclined and tempted to try to fix a water-damaged phone yourself, but for the uninitiated, this is a nightmare to do and is best left to experienced repairmen.

What Not to Do After You Drop Your Phone in Water

The impulse to do the following things is strong. Resist. These actions can destroy your phone.

Acting quickly and avoiding any actions that can cause harm to your phone can be the difference between being able to fix water-damaged phones and owning plastic rectangles that take up space in your pocket.

No one plans to drop their phone into the water, but you can plan for what to do in case it happens. We mentioned phone protection plans earlier, and they’re a great way to protect one of the most valuable tools you use every day. You don’t have to fear liquid damage when you know your phone is covered!

AKKO protection plans cover phones, tablets, laptops, desktops, and other devices. Whether damage comes from spills or submersion, your mobile device is covered. Deductibles are low, and coverage is up to $2,000 per incident. You can even upgrade your per-incident reimbursement to $10,000!

If you have family members who need coverage as well, you can get coverage with an AKKO family plan. Adults get covered for $15 per month and students are only $12 per month. Phone-only plans for individuals start at only $6 per month!

Let’s see how AKKO insurance stacks up against the rivals:

AKKO is, on average, cheaper than AppleCare, but it also offers more coverage at this lower price. Apple’s deductibles are higher, too. With AppleCare, you also only get two claims per 12 months.

Oh, and if you want to use an older phone with AppleCare, sorry! You can’t, unless you purchased it exclusively through Apple’s Refurbished program.

AKKO covers all devices across a wide variety of brands, whether you just pulled them out of the box brand-new or you need coverage for that ancient flip phone that you’ve used for years.

Verizon is, on average, more expensive than AKKO. Verizon is also picky about what used or refurbished devices they’ll cover. The deductibles can be up to almost $250! With Verizon, you’re still restricted to only three claims per 12-month period, as opposed to AKKO’s unlimited claims allowed.

T-Mobile is better than the others we’ve mentioned so far in terms of allowing older devices and limiting deductible costs, but they still only allow two claims per 24-month period and the premiums are still more expensive than AKKO’s.

Also, do you think T-Mobile will cover your blender, your jewelry, or that nice jacket you just bought? Nope. But AKKO will!

Using Geek Squad? Unfortunately, it won’t cover any accidental damage coverage or a used or refurbished device. Your deductibles under Geek Squad are generally twice as much as AKKO, theft coverage depends on the specific plan, and you only get three claims per 24-month period. If you want to cover a device you purchased at any store other than Best Buy, sorry! You can’t with Geek Squad.

Squaretrade costs more and covers less. With SquareTrade, you pay higher deductibles and you only get four to eight claims every 12 months. The better option? An affordable plan from AKKO that covers all of your favorite devices.

Covering Your Valuables with AKKO

Replace or fix water-damaged phones without the headaches with comprehensive AKKO protection plans. Phones get stolen, broken, dropped, and lost. It happens. But, you don’t have to miss a beat when you have AKKO on your side. Plans start at just $6 and you can cover far more than just your phones.

Liquid damage doesn’t have to be the end of the line for your phone. Acting quickly and following the right steps can keep your water-damaged phone from being destined for the trash bin. Save the rice for a nice risotto, and instead, rely on AKKO! 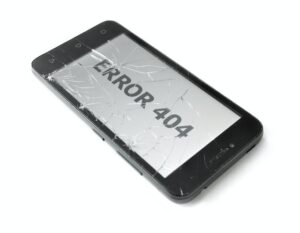 Device Manufacturer Warranty Problems: 7 Things to Watch Out For 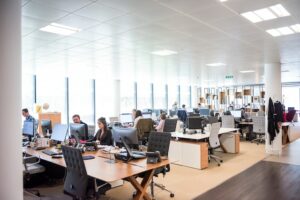 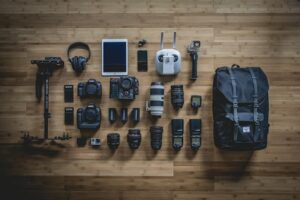 It’s Everyday Insurance.
Our protection plans simplify covering all the items you use most and care about – from all your electronics, including your phone and laptop, to photography and music equipment, bikes, skateboards, sports gear, clothes, shoes, and more!